Can’t wait to read it! 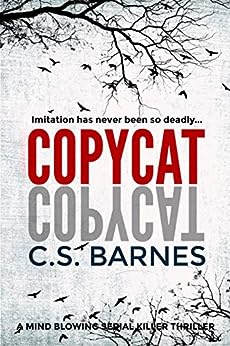 When the body of a young woman, Jenni Grantham, is found abandoned, DI Melanie Watton and her team are called to investigate. It soon becomes apparent that the murder, the method and the appearance of the victim, is something they have seen before.

With the help of Medical Examiner George Waller, DI Watton uncovers the case history of Michael Richards – a local murderer who killed five women before turning himself in.

Further investigations reveal that Jenni was recently reported missing by her parents. And when Jenni’s personal effects are explored, shocking discoveries are made about the victim’s fascination with the original killings.

However, when the ME makes a surprise discovery, DI Watton realises that Jenni was perhaps not the only local with a fixation on these infamous killings.

With a copycat killer on the loose, the team know it is only a matter of time before another body…